So, you signed up for a great credit card bonus.  You met your spending requirement, got the points, and now a year has gone by.  Your offer may or may not have come with an annual fee for the first year, but now the first renewal fee is coming due.  Should you cancel the card?  The answer is "maybe."  Many card companies are interested in retaining your business and will sometimes make quite attractive offers to get you to stay.

For the most part, American's are not a haggling people.  We don't like to negotiate prices, upgrades, or services.  That tendency can cost us and just a little moxy can save a lot of money.  This principle applies to credit card annual fees just as much as it does to furniture purchases, cable bills, or any other transaction.

I'll give you a specific example.  For several years, I've had an American Express Business Platinum card.  It carries a hefty $450 annual fee, but generally the benefits were worth keeping the card.  Well, since the card lost AA lounge access and the Delta lounge access benefit was reduced to 1 person per card, I've been slightly less enthusiastic about it.  So, when my annual fee posted recently, I decided to call in and see what Amex could do for me.

I called the number on the back of the card and reached a representative.  I explained that the fee had just posted and that I was considering cancelling.  He tried to push the option of downgrading to a card that had a lower fee, but that's not what I was interested in.  I either wanted to cancel the card or keep the card but get a statement credit or Membership Rewards points to offset it.  It quickly became clear that I wasn't going to get anywhere with the guy, though.

So, what to do?  Assume that no offer is available?  NO.  One of the most frequently cited axioms in the points & miles world is:  "You don't like the answer the representative gave you?  Then hang up and call back."  So, I politely ended the call and called back.

This time I explicitly asked for the retention department.  When I reached someone in "Membership Consulting" I explained the situation and asked if there was anything Amex could do for me.  The result?  50,000 Membership Rewards points as a thank-you for keeping the card.  Since the value of the points far exceeds the annual fee (not to mention the value of the card's other features) I thanked her and accepted the offer.  But you know what I would have gotten if I hadn't called to ask?  Nothing, that's what.
Posted by Rich at 5:37 PM No comments:

The Bluebird Prepaid card is a wonderful tool for meeting spending requirements on new cards because you can load it with Vanilla Reload cards purchased with your credit card.  You can then use Bluebird's billpay function to pay off your credit card or you can simply withdraw the funds to your bank account.

However, Bluebird keeps moving the "withdraw funds" option around, and each time they do so users have to hunt it down again.  Well, they've done it again, but here's how to find its new location.  First login to your homepage and click on the "settings" tab.

This will take you to the "settings" page, which is the new location for the "withdraw funds" option: 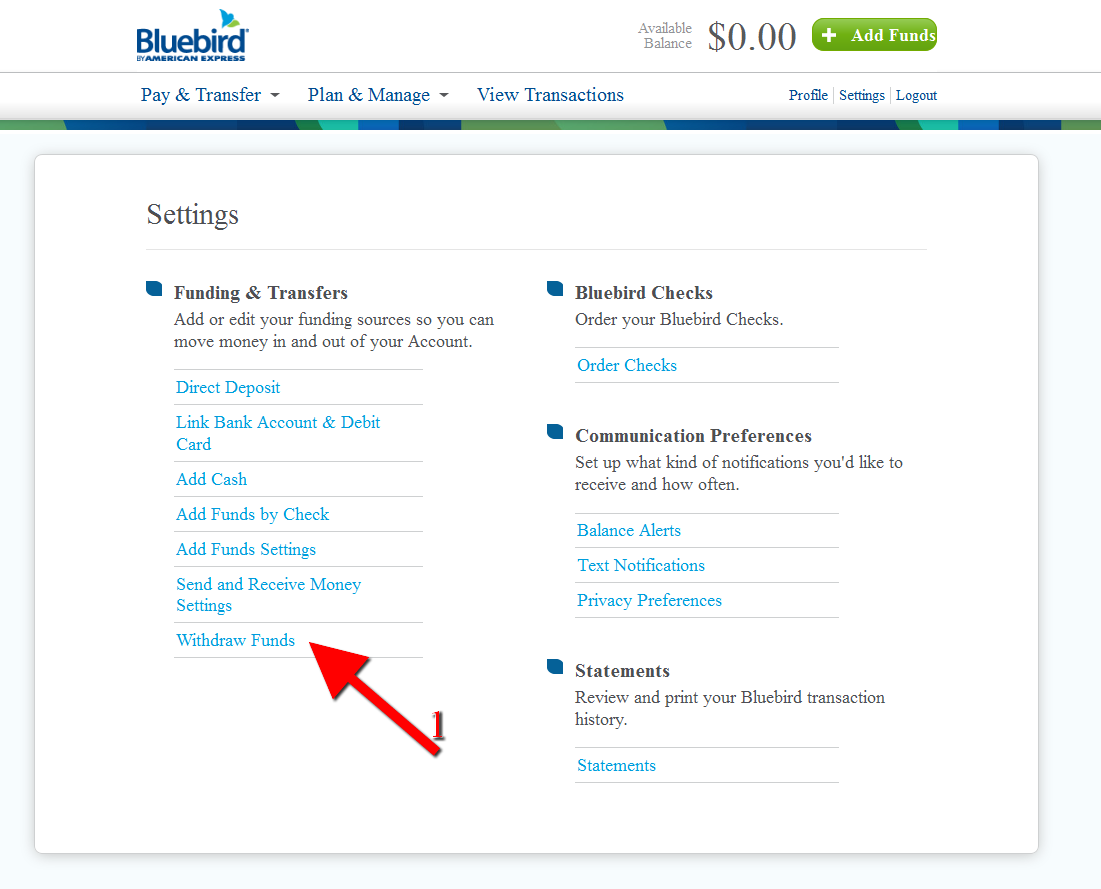 I love Bluebird, but I sure wish they'd quit tweaking the website!
Posted by Rich at 2:36 PM 2 comments:

I was recently in Atlanta for business and had the chance to visit the Intercontinental Buckhead for a one night stay.  Since I'm still a IC "Royal Ambassador" I wanted to see how this property treated elite guests.  I qualified for a government rate @ $133 and booked the basic level room.  A few days before my stay, my online reservation showed an upgrade to an Executive Suite, but the day before I arrived, I was downgraded to an Executive Club King room.  I would have fought it if I'd thought to print the confirmation page showing the suite.  Unfortunately, I hadn't taken that precaution.

In the end the room was perfectly fine for a one night stay.  The Executive Club floor rooms are fairly typical for an upmarket hotel.  The bathroom is just off the entry hall: 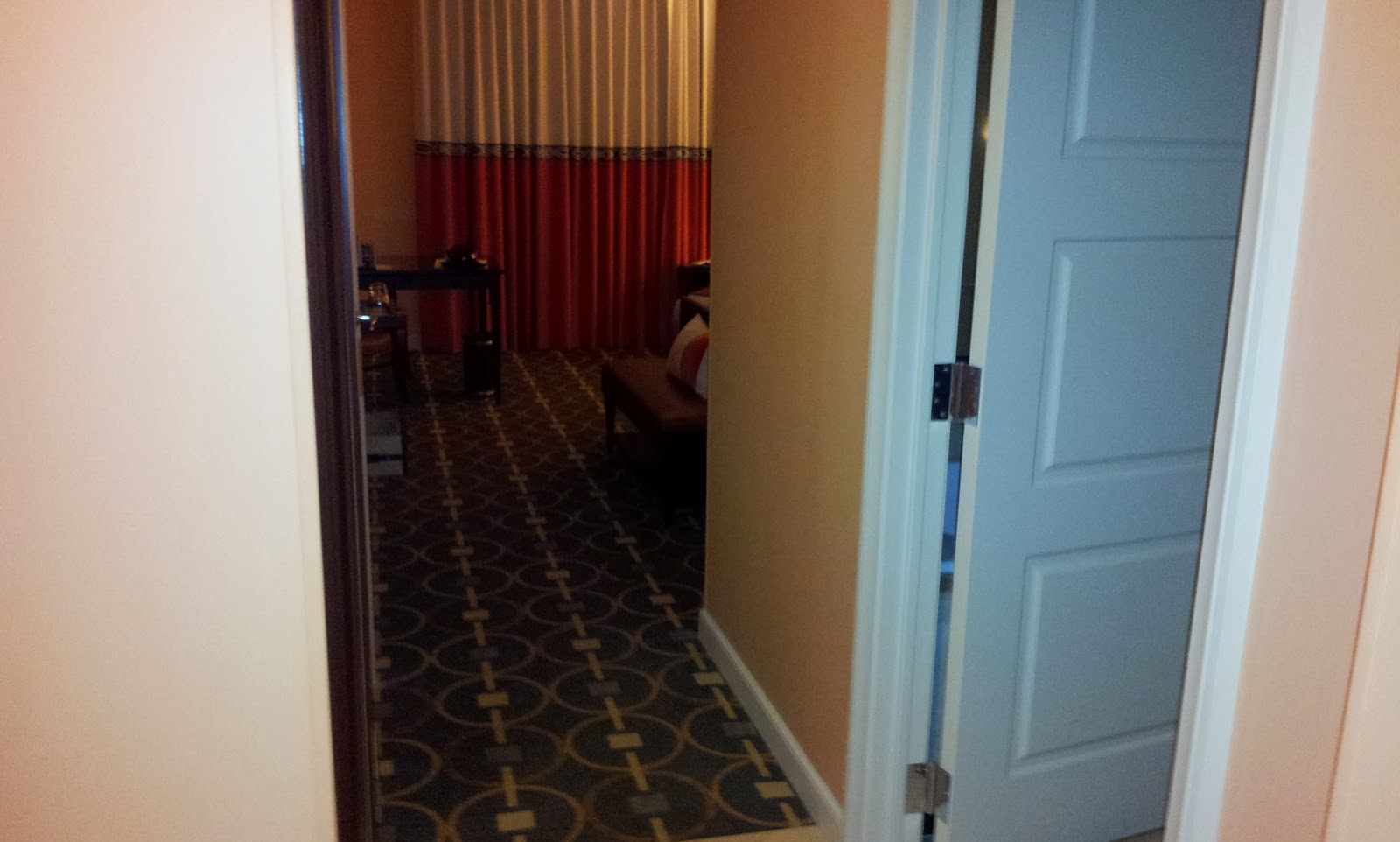 It features a single vanity, tub and separate shower. 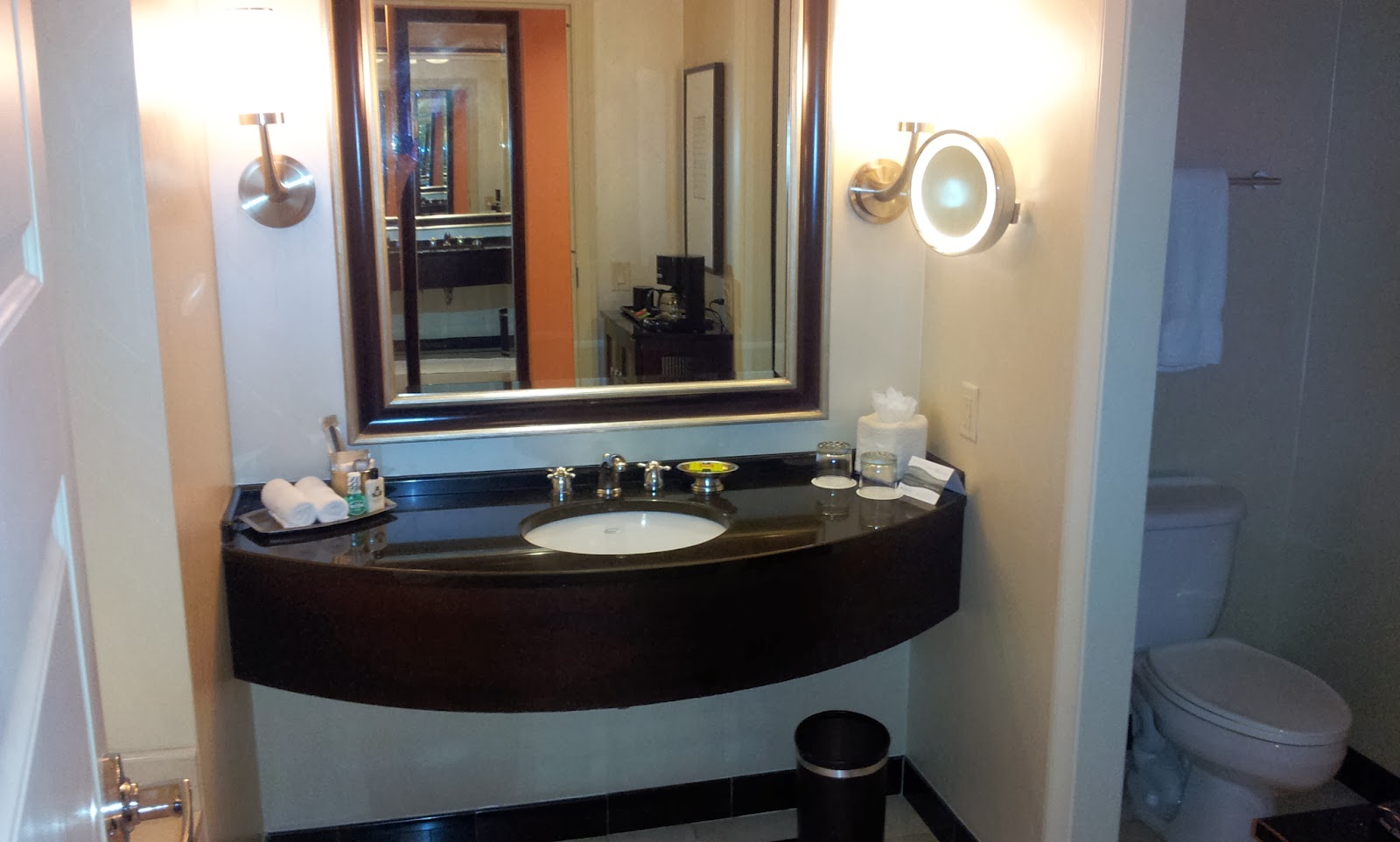 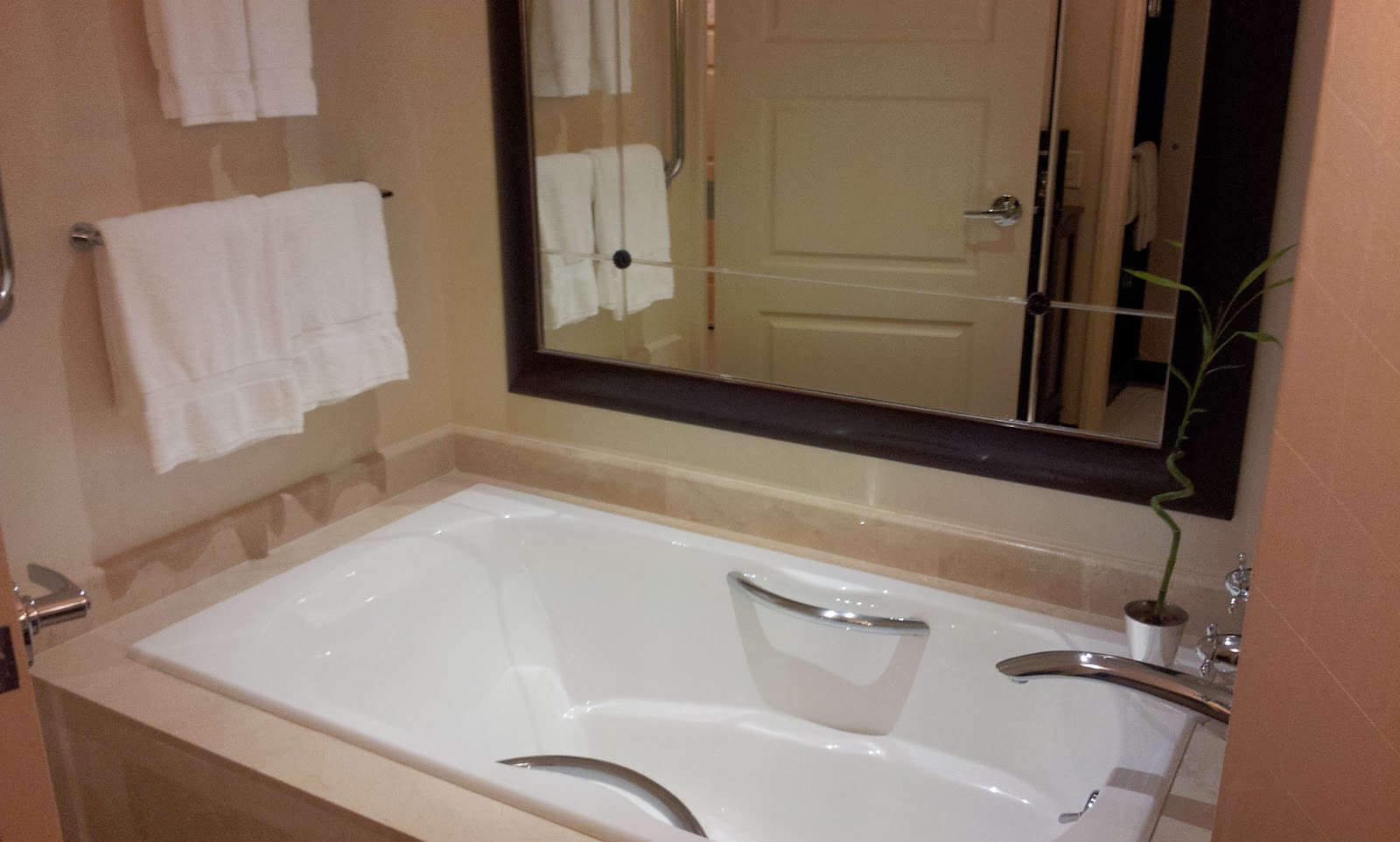 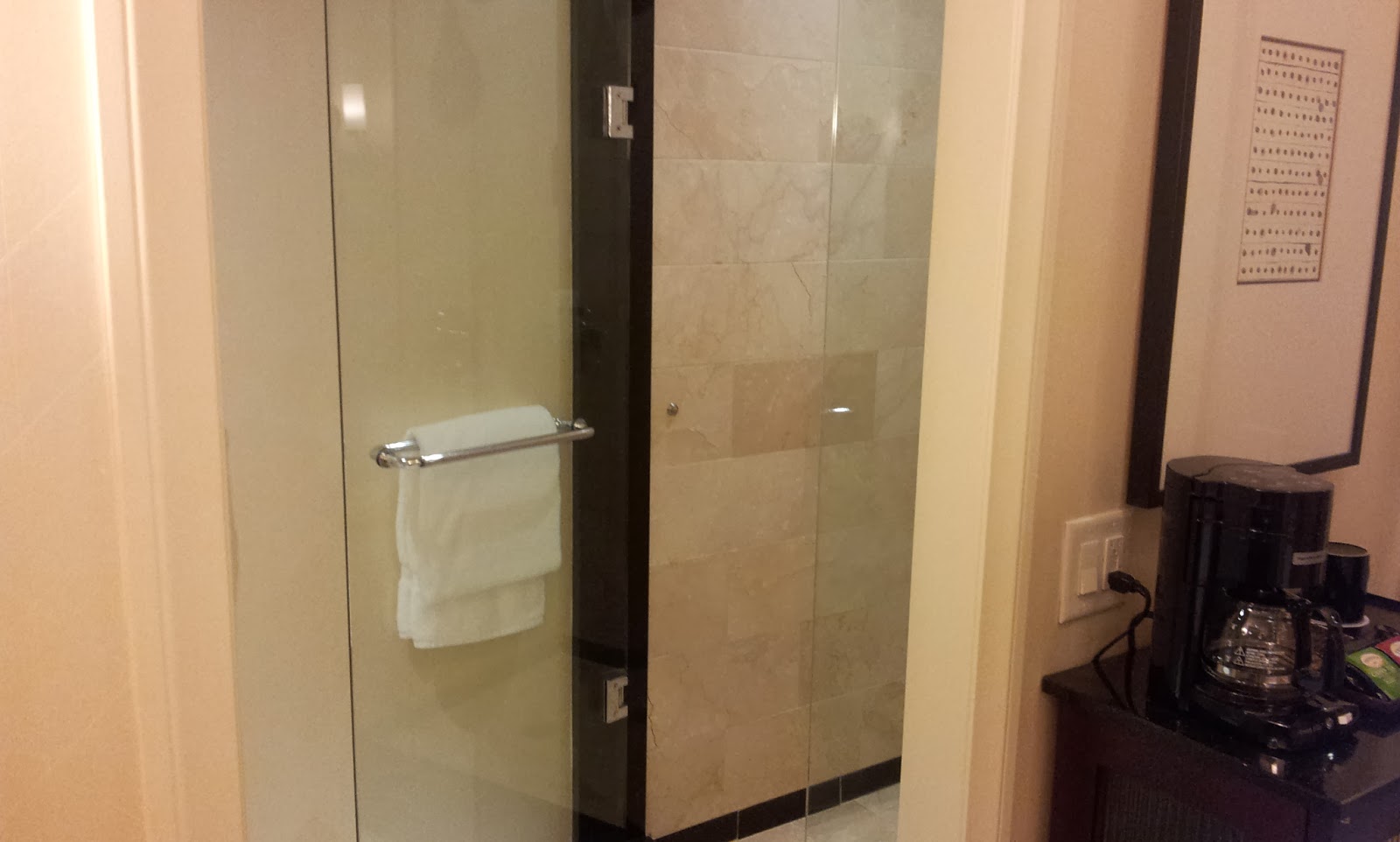 The toiletries are Agraria branded: 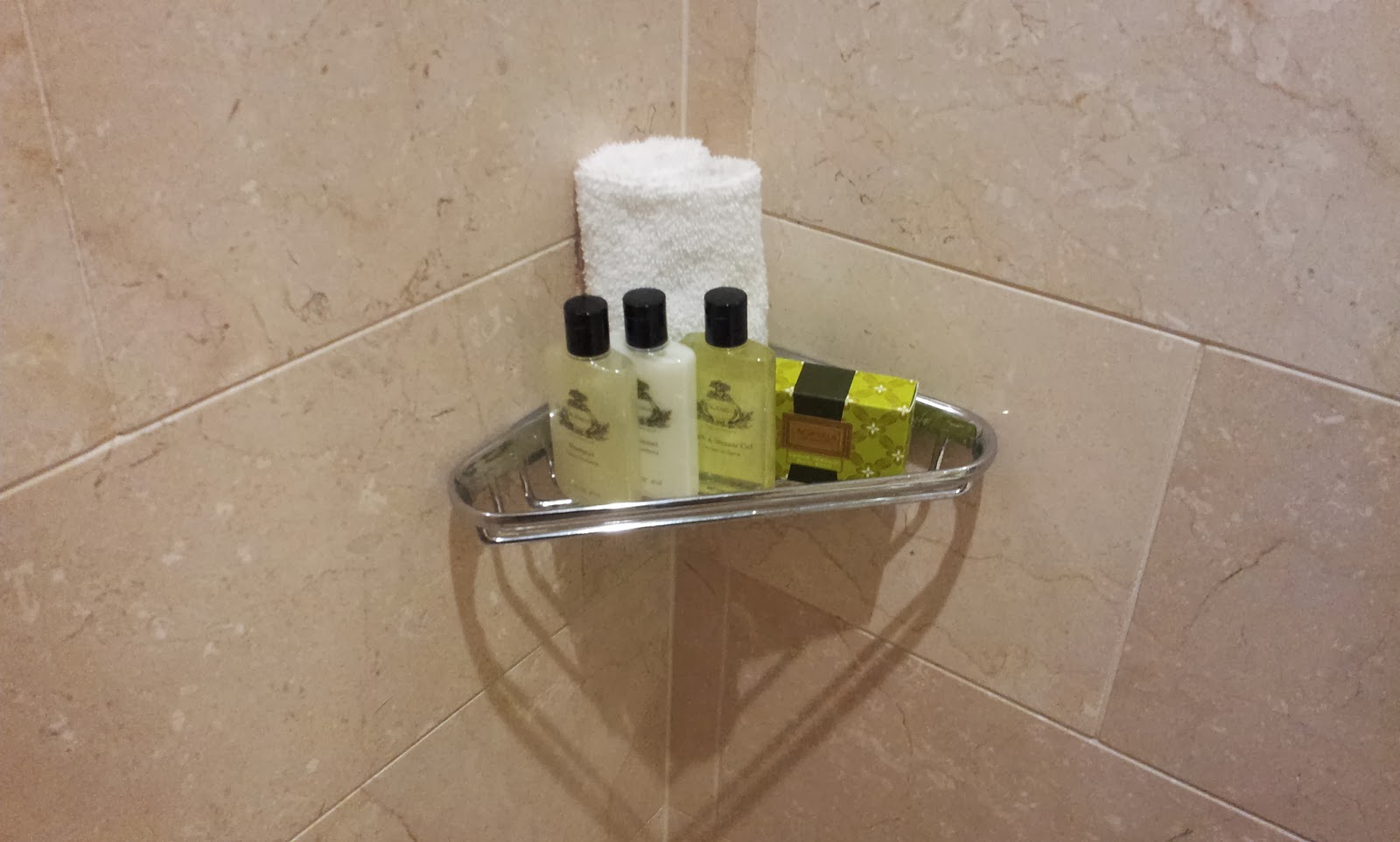 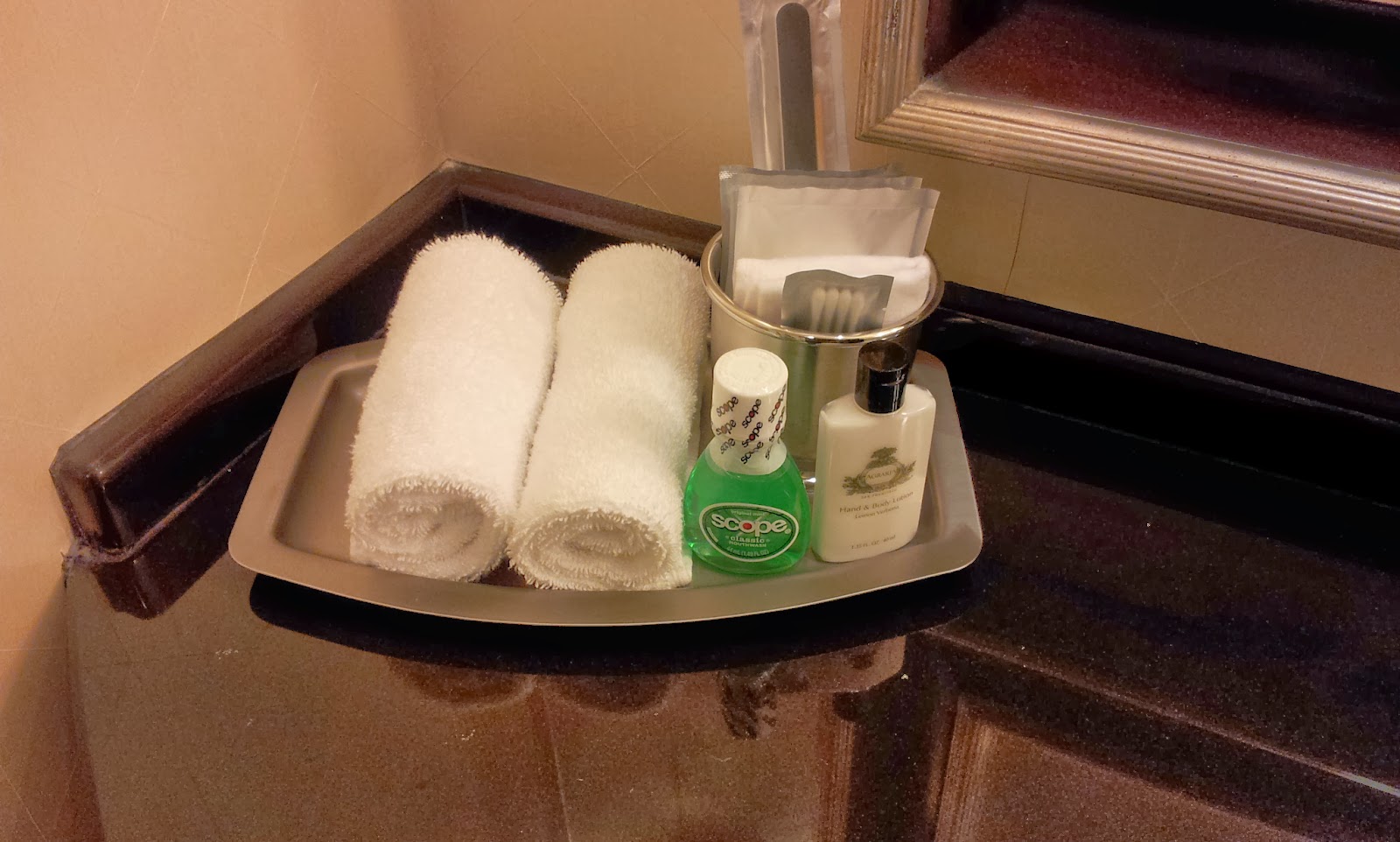 The bed was comfortable and the room had a large flatscreen television: 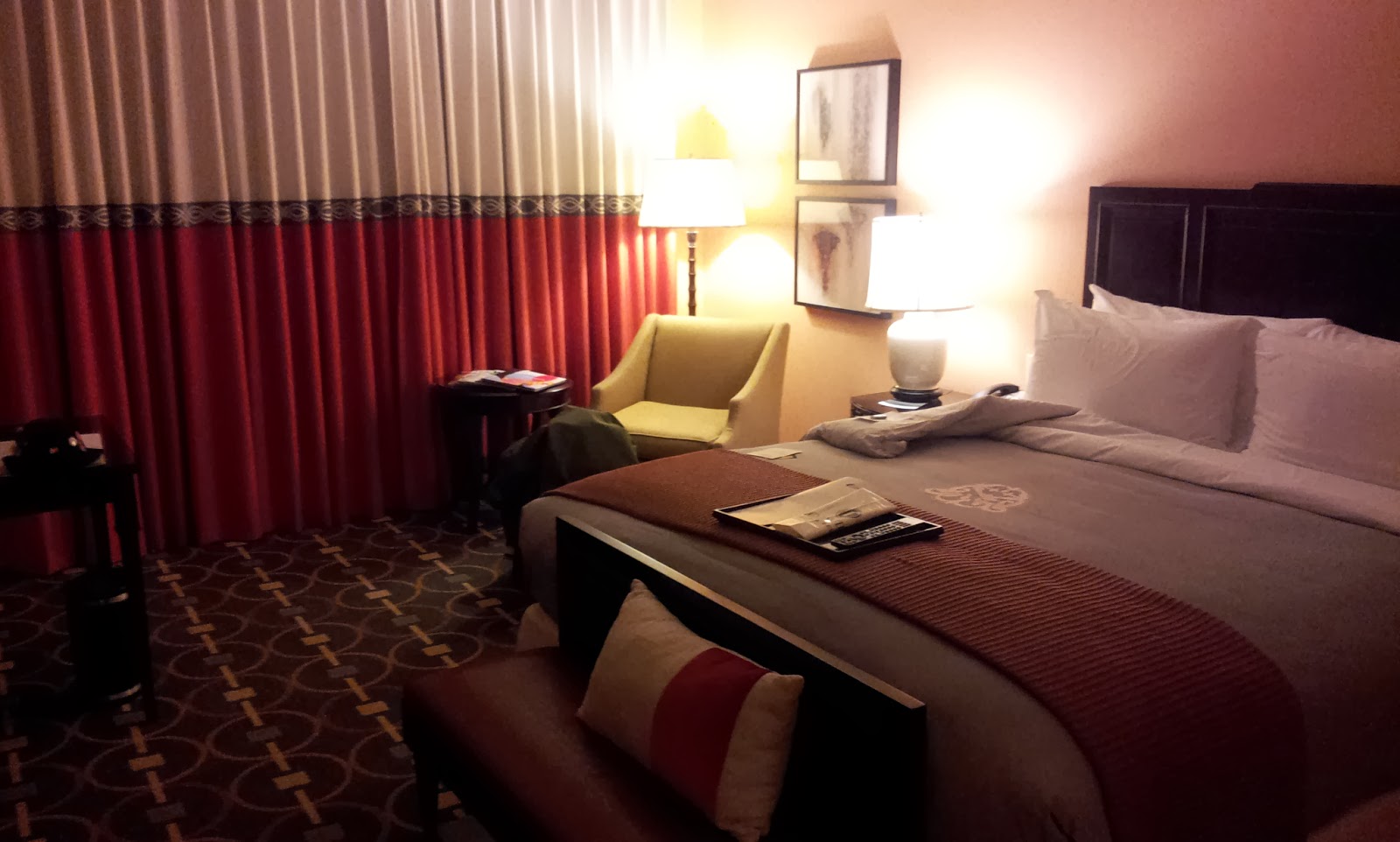 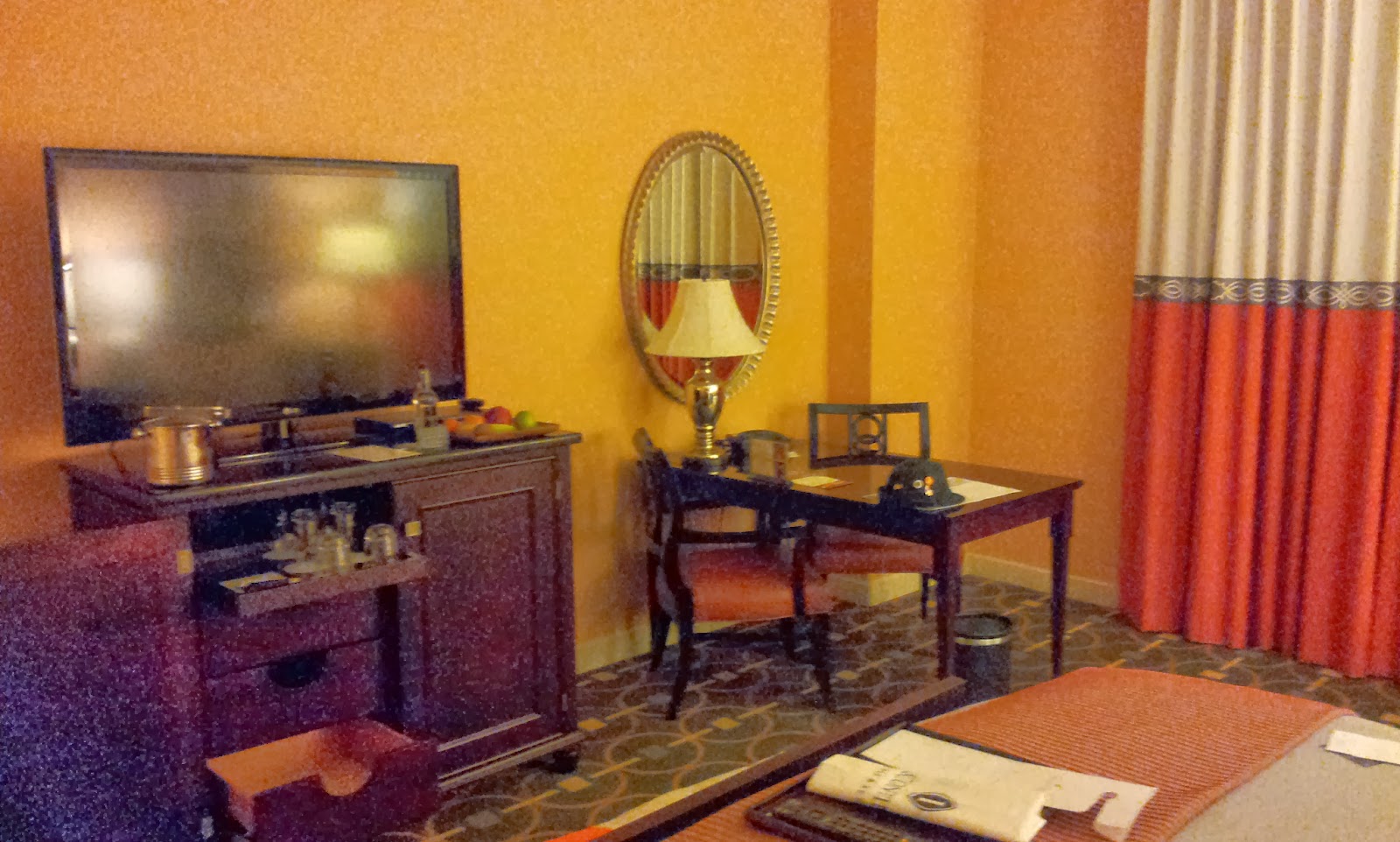 Surprisingly, the IC Buckhead does not have pay-per-view movies, so I wasn't able to use the free movie perk that comes with Ambassador status.

The hotel does have a pretty good minibar, though: 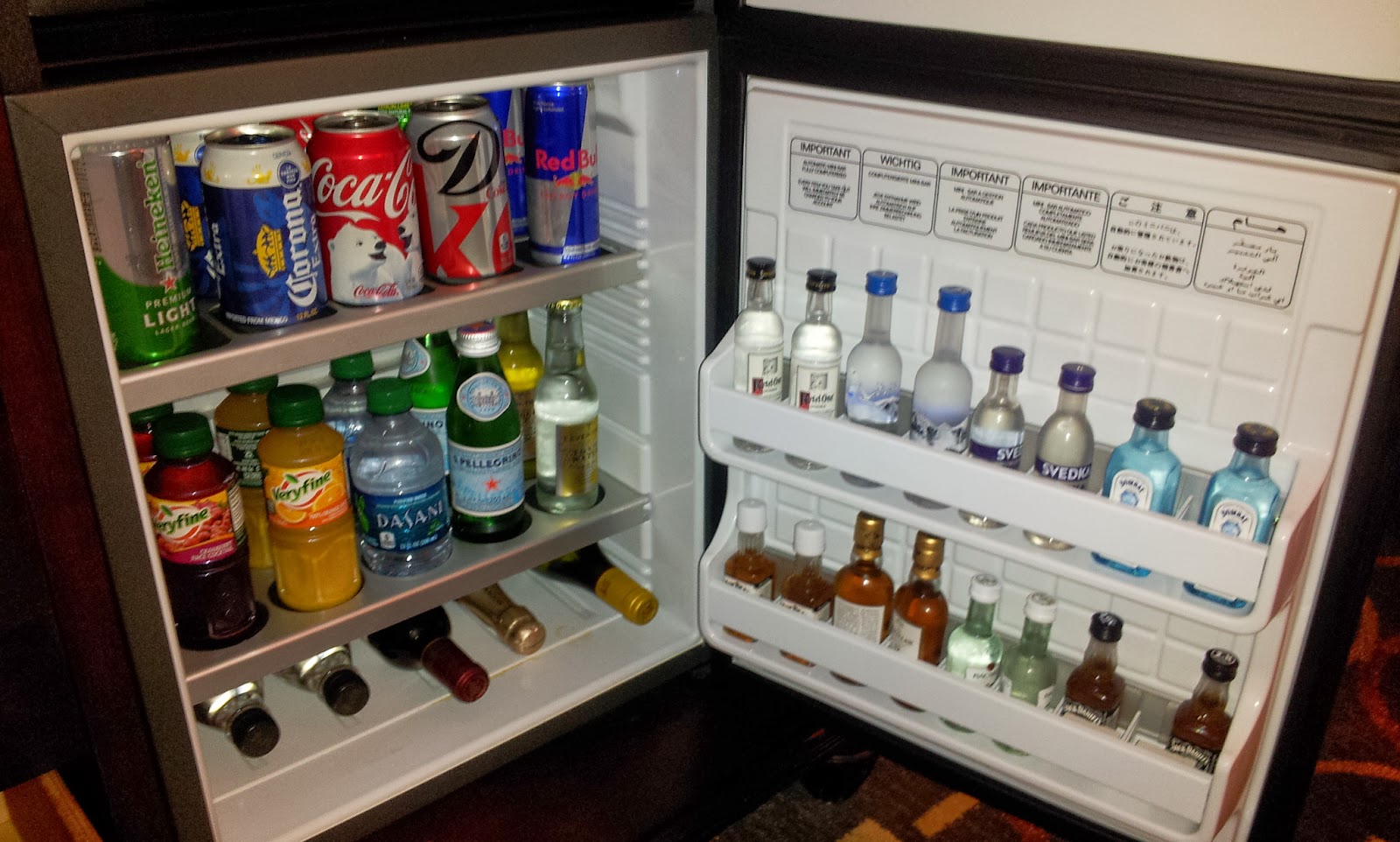 Not pictured here was a bottle of red wine and two miniatures of Patron Silver tequila that were in an area above the minibar.  Among the shortcomings of the minibar are the absence of any local beer (despite Atlanta offering some good ones) and the substitution of sparkling white wine for Champagne.

I guess that this was my Ambassador gift, though other reviewers have reported receiving a full bottle of wine: 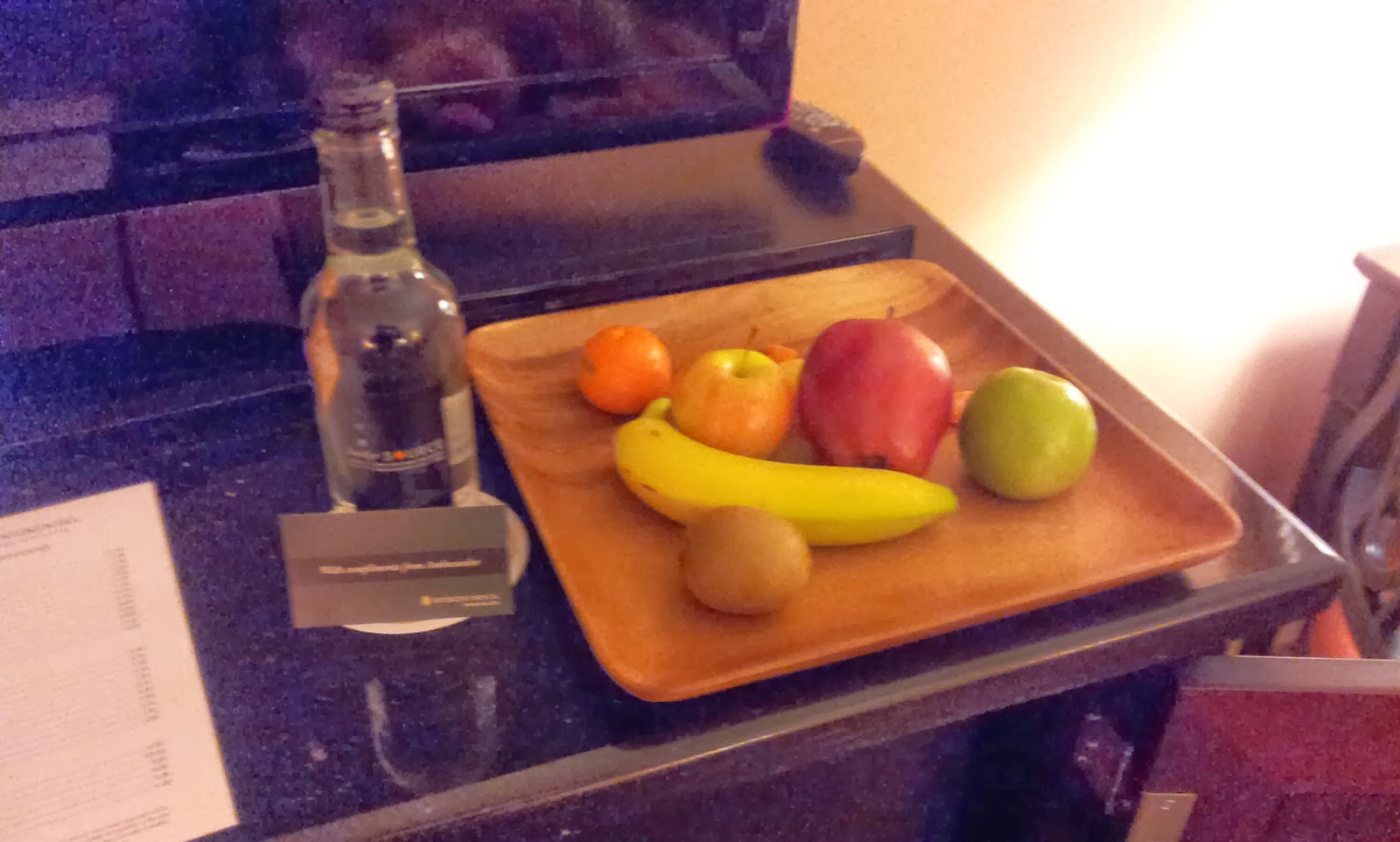 I was given Club access so I popped in for a visit.  The club is fairly small, but was not crowded while I was there.  There is an open (but modest) bar in the evenings: 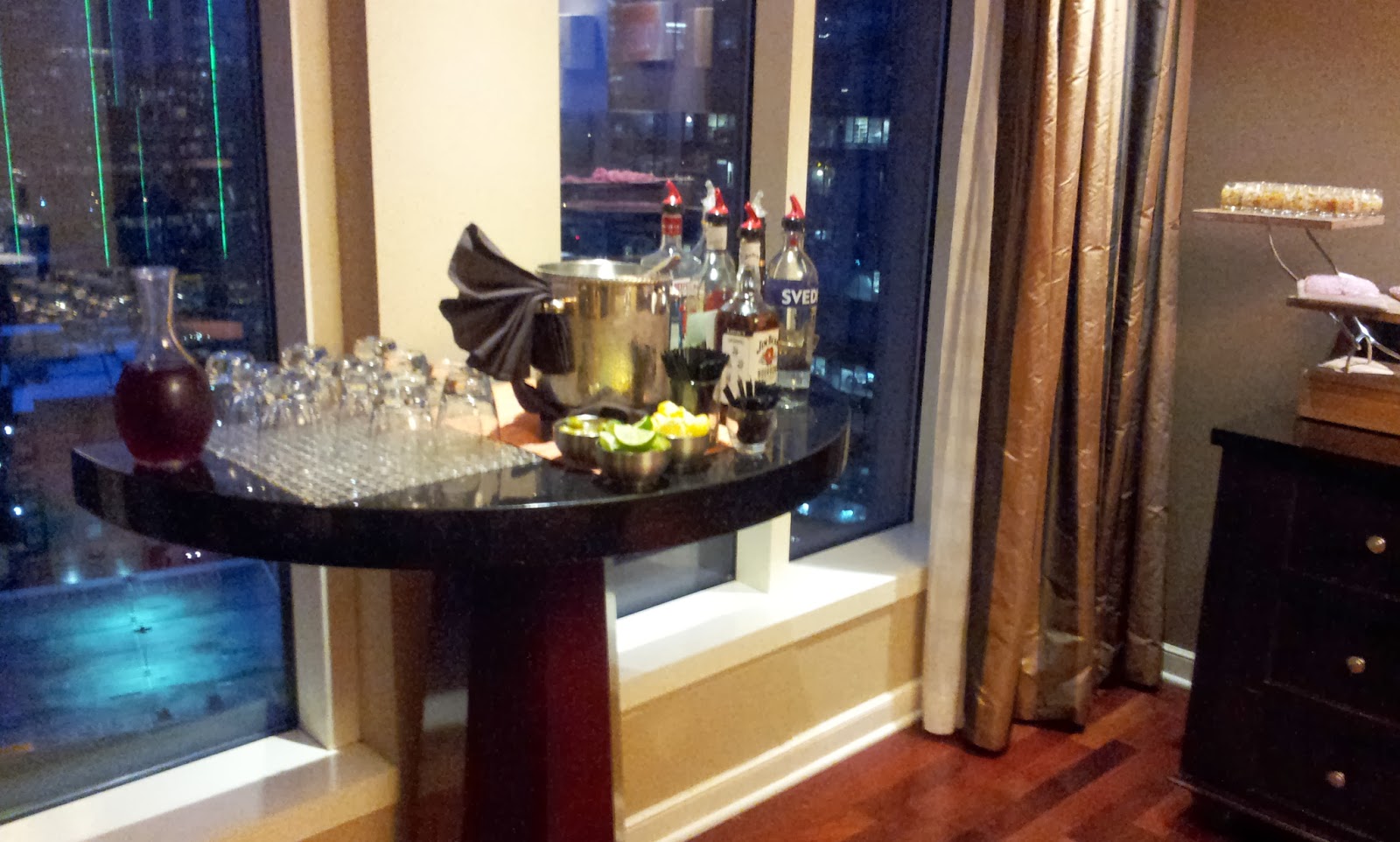 There are also two fridges stocked with beer and soft drinks.  The club offered a better selection of beer than the minibar, including Stella Artois.  The food spread was surprisingly good, though my picture of it is not: The best thing was some really good shrimp "ceviche" (steamed shrimp, so not really ceviche).  The single hot offering were some mediocre empanadas.  Also on offer included was the usual cheese, bread, crudites, and crackers along with a number of small salad plates.
Breakfast in the morning was decent, but not memorable: 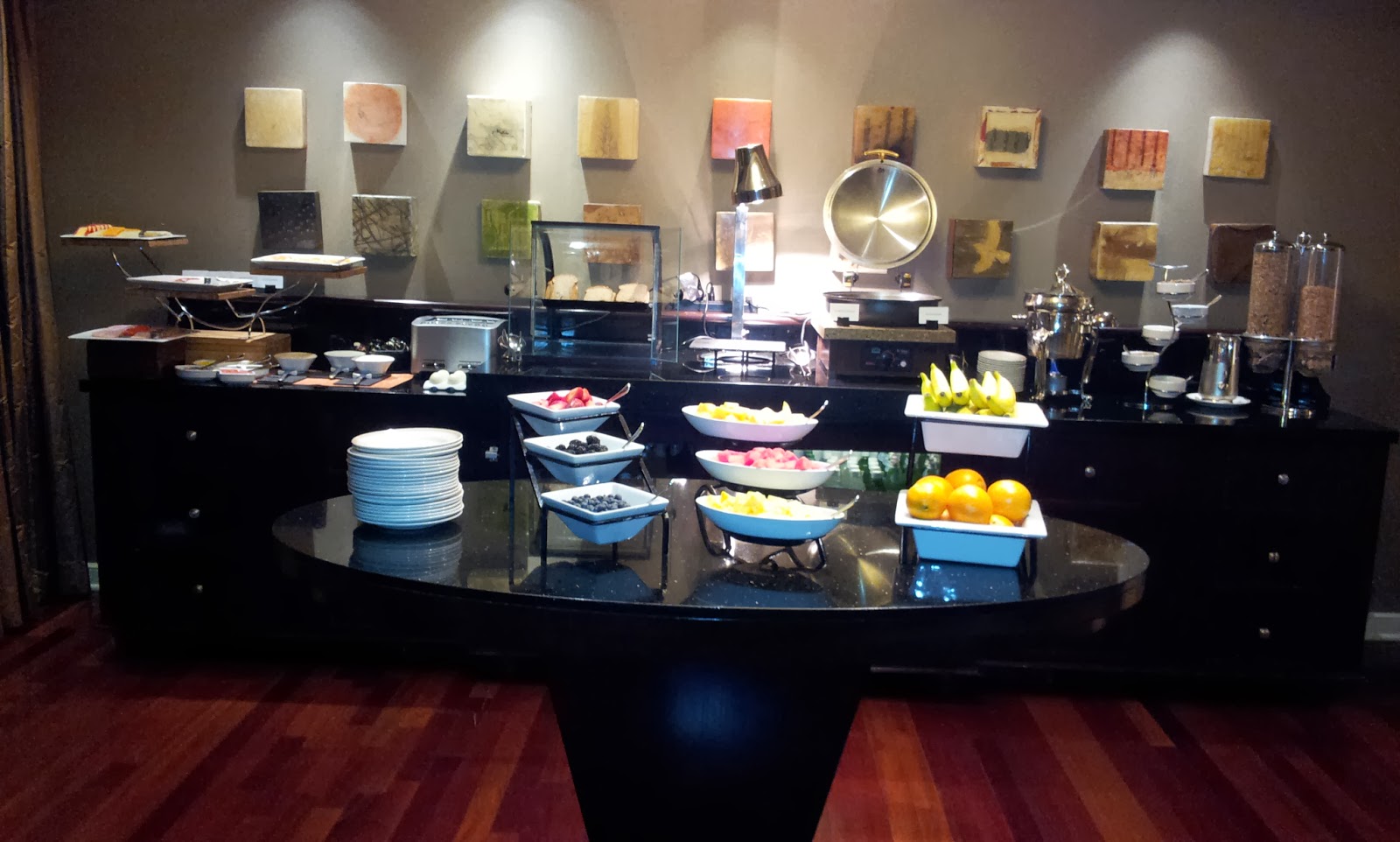 There is, however, a good selection of teas on offer along with an espresso machine.
Posted by Rich at 9:08 AM No comments: