For the next step in our journey we drove across the north of England, paying a flying visit to Housesteads Roman Fort on Hadrian's wall and to the Twice-Brewed Inn (in Once Brewed, Northumberland). We returned our rental car at Avis' Newcastle Airport office and headed into town to catch our train.  Fortunately, there is light rail service from Newcastle Airport to the Newcastle Central Station where we'd be boarding our train.

Britain has a system of passenger rail companies that operate various regional routes, all of which operate under the National Rail moniker. In our case, we were travelling with Virgin East Coast Rail, in First Class.

Being in First Class we had use of the First Class Lounge at Newcastle Station. This is no airline lounge, so there's not much to report here. It was a pretty basic space, but featured better seating than the platform: 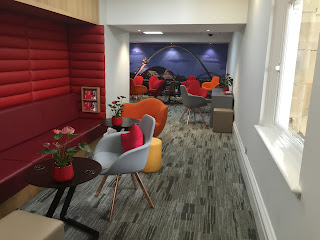 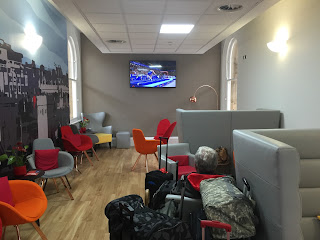 An espresso machine and a cooler of drinks (water and juice): 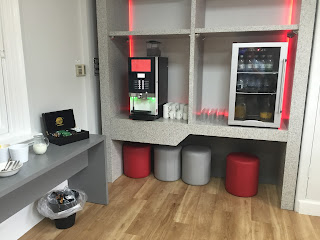 And some shortbread biscuits: 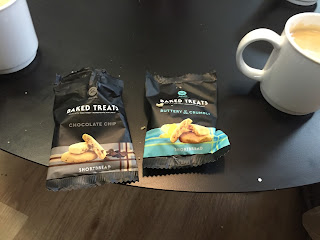 There's also a private bathroom down the hall.

The train experience itself was pretty basic, but comfortable. First class seating was arranged in a 1-2 configuration with some seats facing forward and some back. 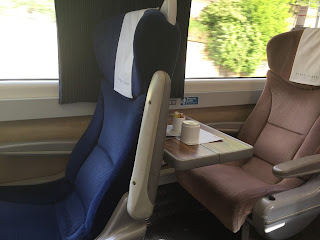 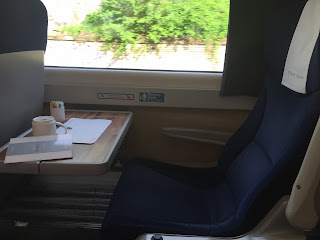 During the week, East Coast's First Class features hot meals with alcohol, but on the weekends the selections are much more limited. There was a choice of wraps and sandwiches with crisps, etc. They were surprisingly tasty: 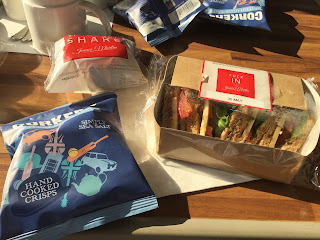 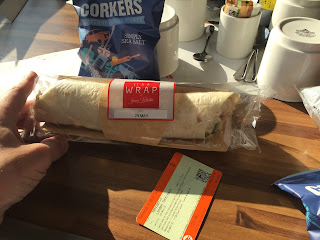 All that, along with lovely weather for travel, made for a nice trip from the North to the South of England: 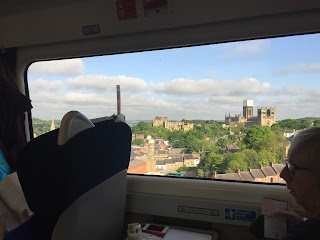